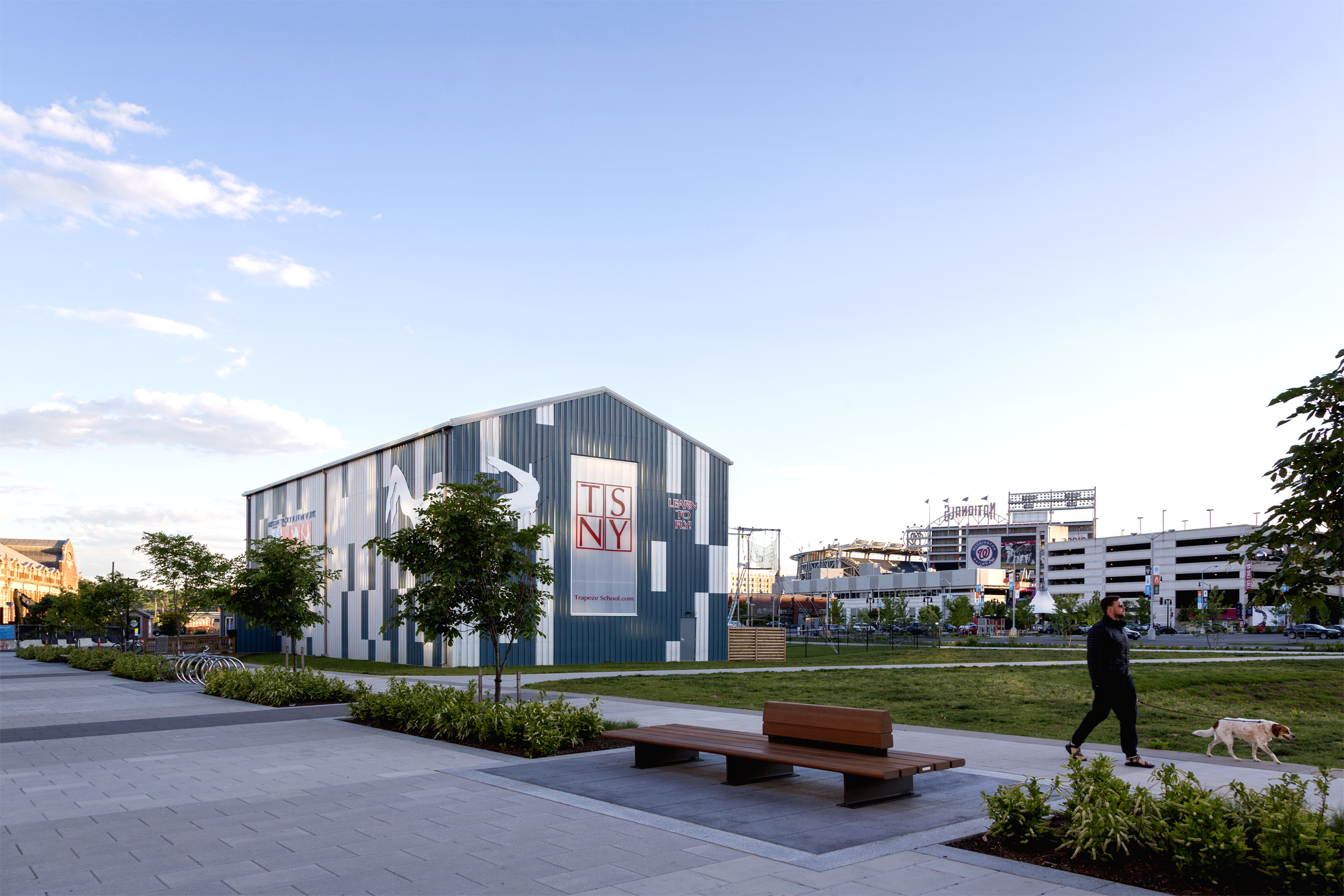 After five years in an uninsulated tent, Trapeze School New York (TSNY) approached the architects to assist in relocating their company to a pre-engineered building that would temporarily occupy a prominent corner on a future development site at The Yards. The original base proposal consisted of a few punched windows and a monotone gray metal panel system.  Working within the same tight budget and a limited kit of parts, the designers developed a building that would function both as an improved enclosure for the school’s programs and serve the dual purpose of street signage and branding for the company. By staying with the industrial vocabulary, the building takes on a modern appearance that speaks to the historic buildings of the nearby Washington Navy Yard. Because thousands of people pass by this location on their way to Nationals Park, the designers felt branding the building had an equal value to the structure itself. To make the building’s exterior stand out, the designers used blue and white metal panels laid out in a graduated pattern to visually draw attention while at the same time breaking down the building’s mass. By using translucent polycarbonate glazed openings at the north and south elevation daylight streams into the interior without compromising energy efficiency. And to these same translucent openings the architects installed super-graphics that provided both daytime signage as well as an enormous back lit sign at night. A corner graphic of two flying figures enhances the TSNY brand. This project showcases how even with a small budget, dynamic results are possible when clients and architects work closely together.

This project was completed in early 2016. 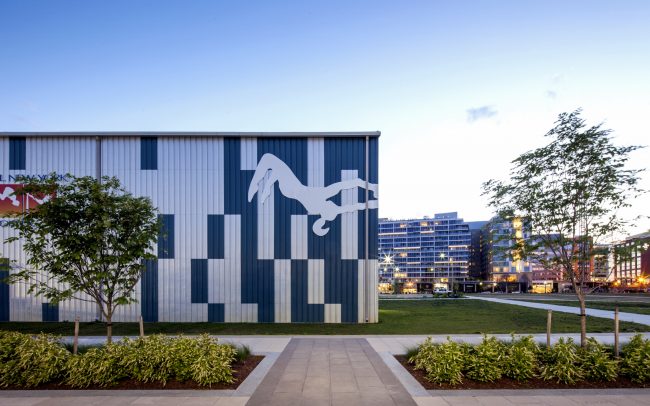 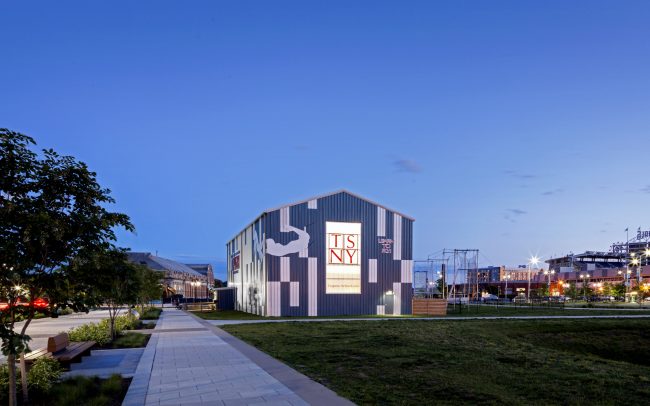 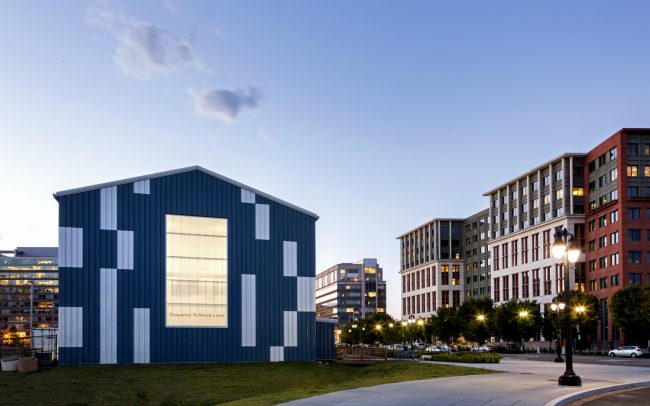 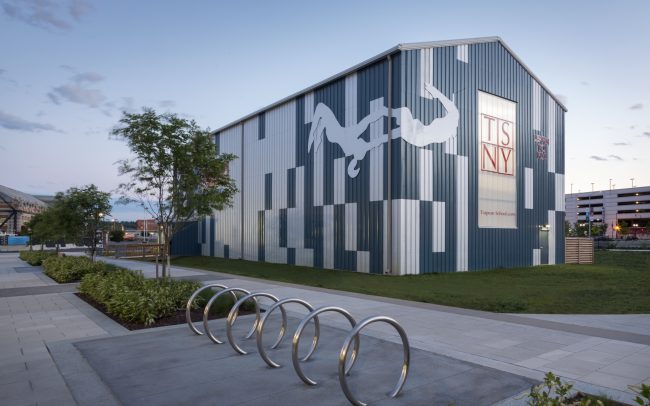 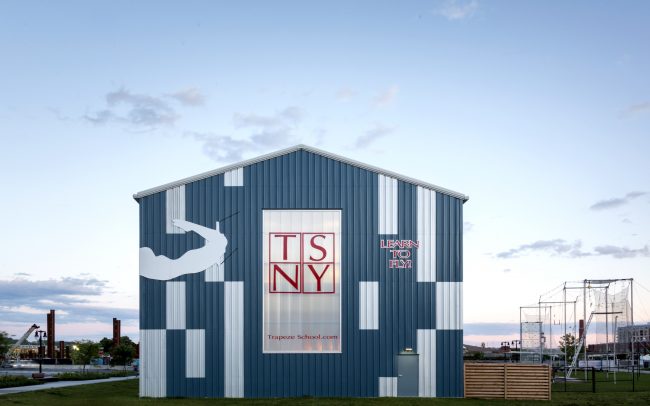 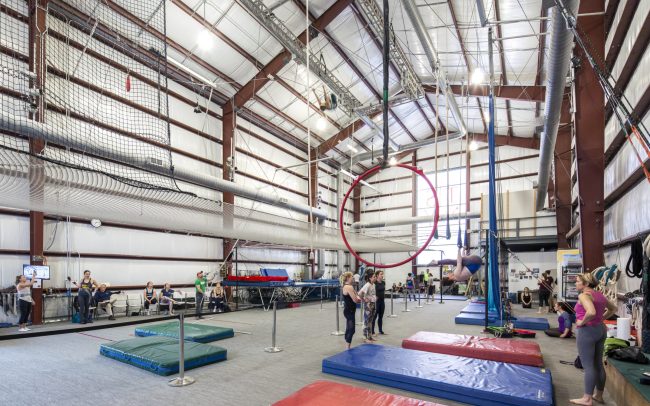 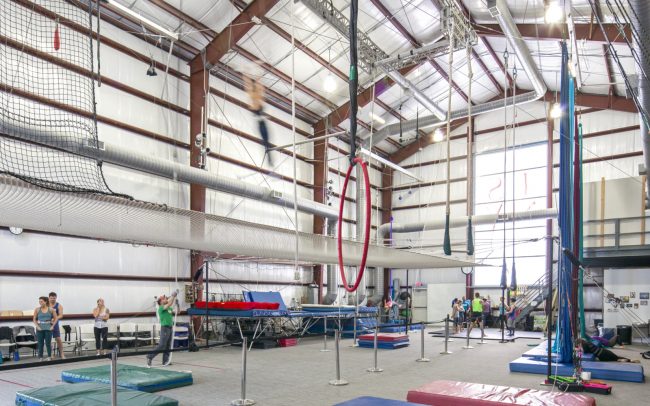 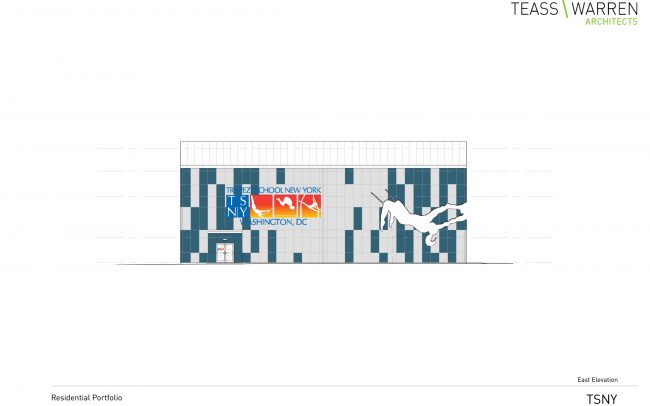 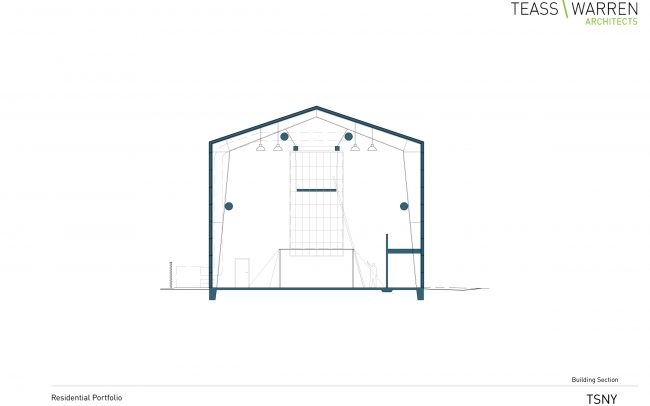 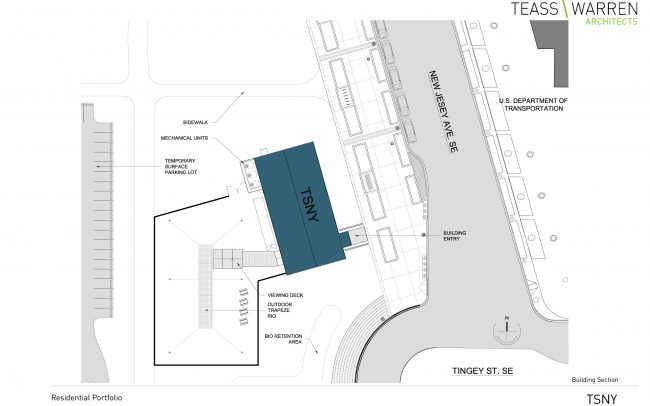 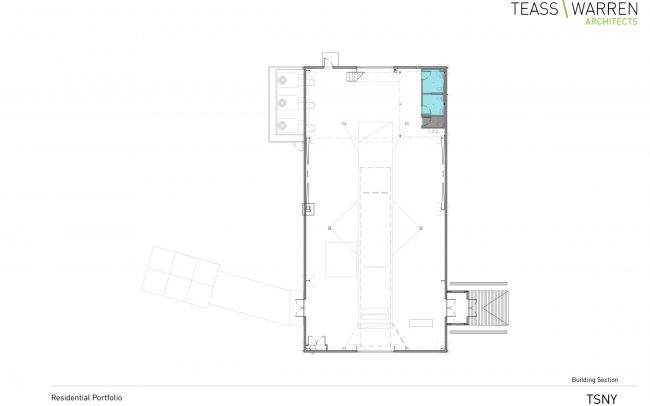 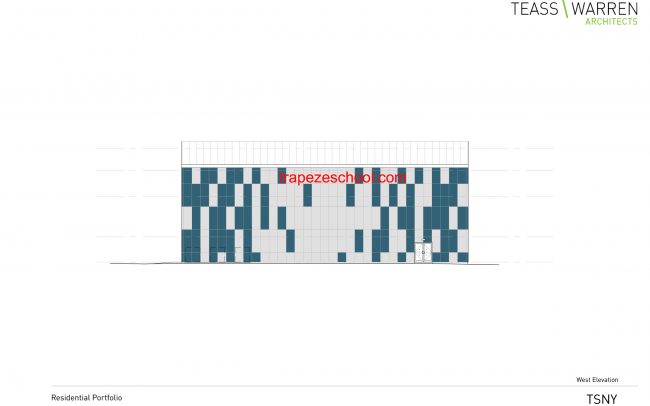 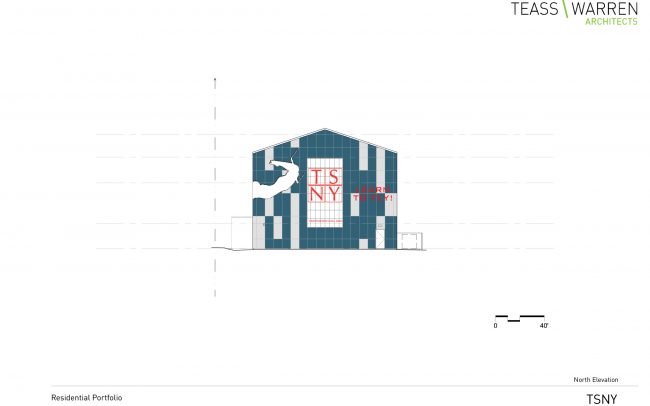 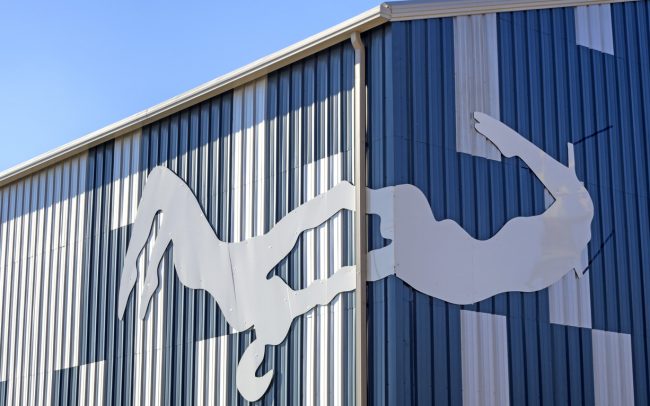