Located just off of Cameron Run, a tributary stream to the Potomac, this office building was in need of base building upgrades for repositioning the project in a competitive leasing environment while also providing amenities to incentivize current tenants to renew their leases.  TWA was tasked with developing a new vision for the dated lobby, creating a new fitness center, upgrading the common elevator lobbies and toilet rooms as well as improving the existing amenity spaces.

The central element of the lobby is a large art wall installation which was inspired by the nearby watershed.  A parametric model was developed as an abstracted Cameron Run – with circles representing the relative depths of the watershed as they radiate from the centerline.  TWA worked with Tektonics Design Group to CNC mill the graphic in acrylic panels.  Our vision was to create common palate of materials and colors which reinforce an overall building identity throughout the common areas. 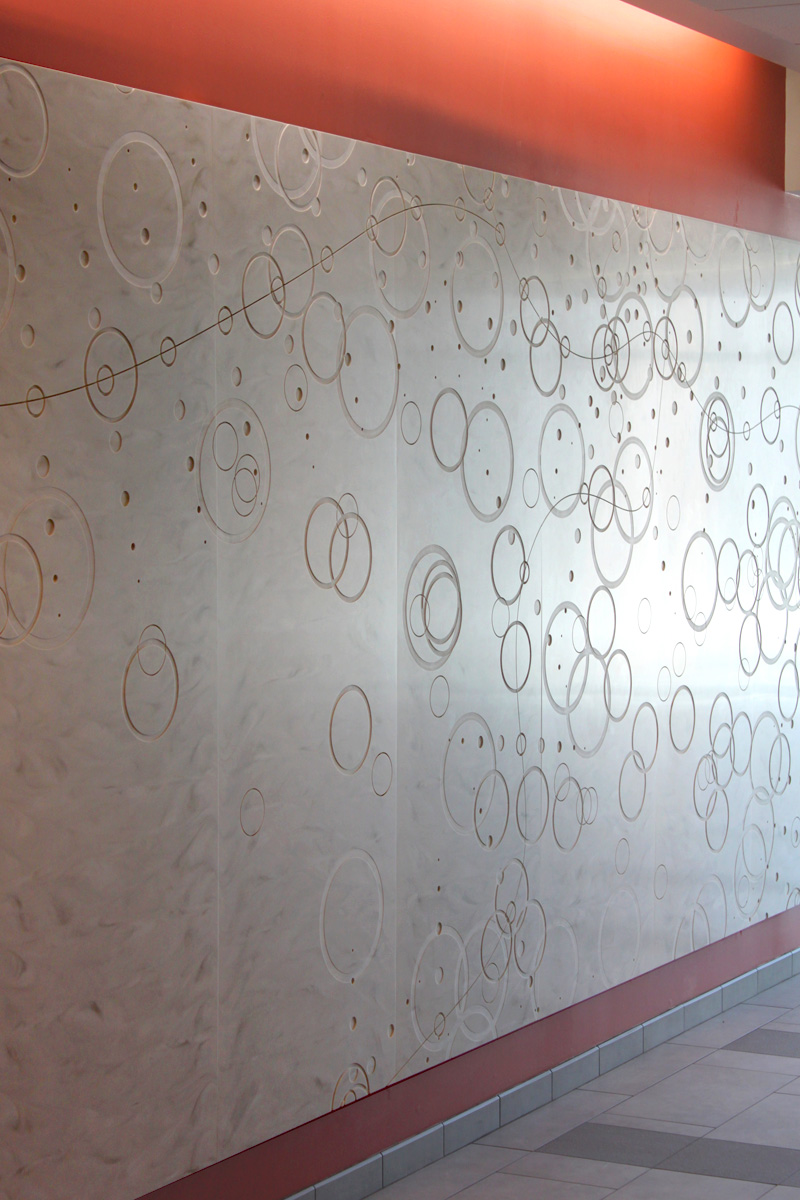 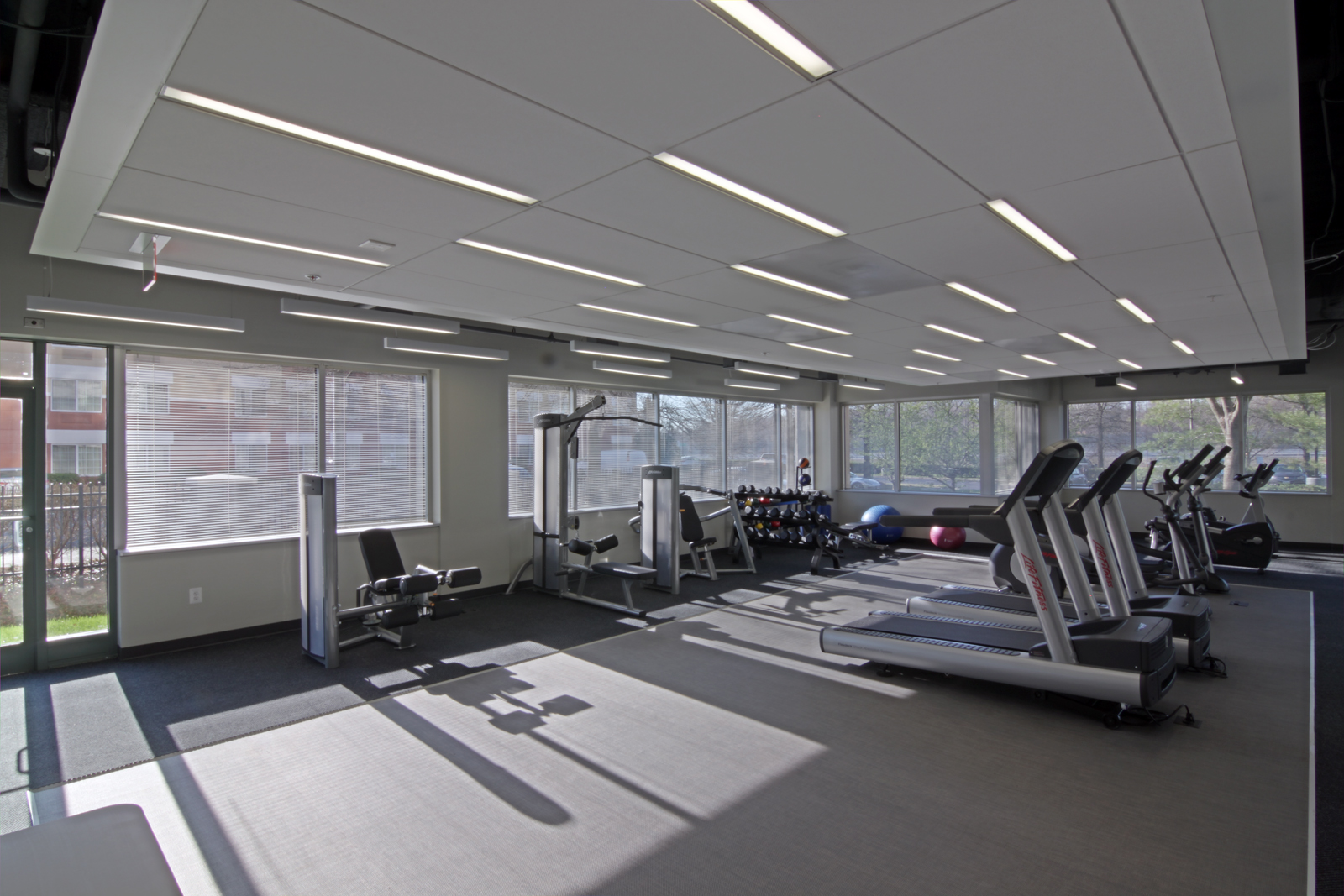 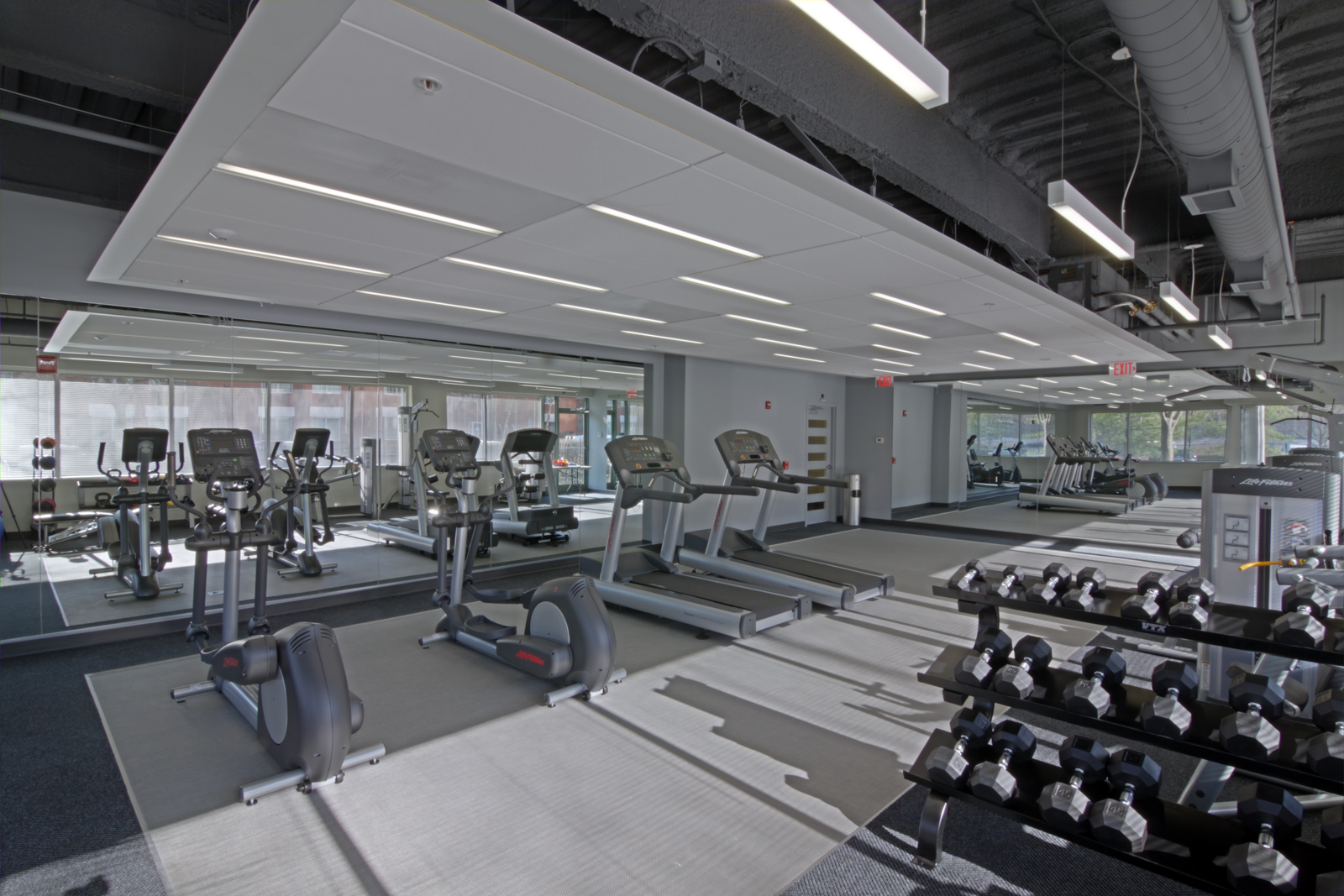 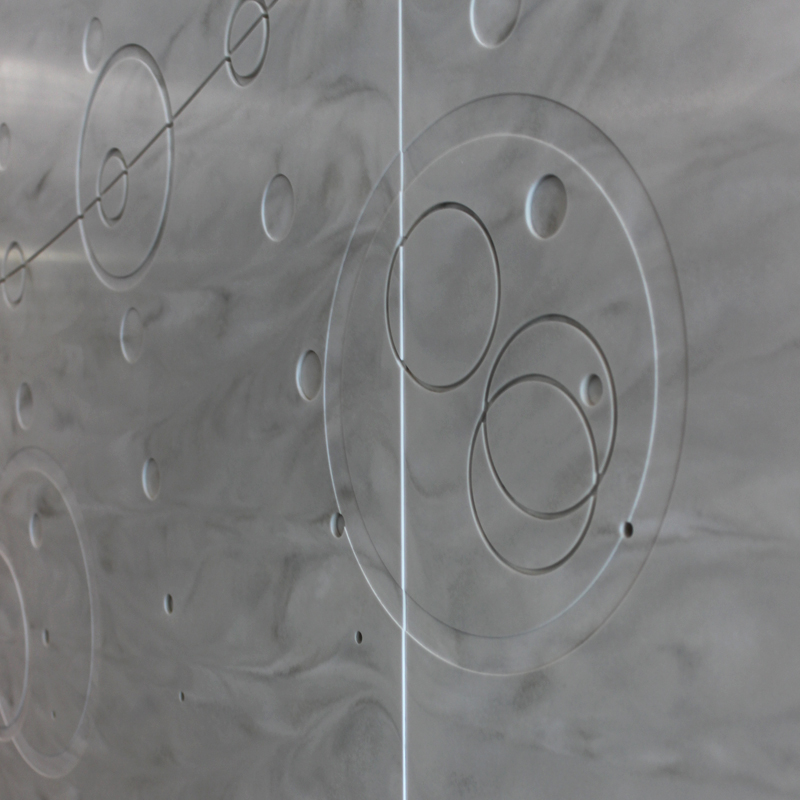